Sabai Technology is the company behind this popular custom configured router capable of connecting directly to Unlocator. This is helpful when you want to connect devices without a dedicated VPN client to a VPN network. This means the Apple TV, Xbox 360, Wii and so forth. 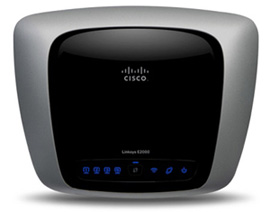 So how does this custom firmware differ from the preinstalled firmware? Well the custom firmware used is called DD-WRT and is open source software capable of a lot more things than your random household router software. One of these features is the build in VPN client. Sabai has set up the router so that the firewall and DNS along with multiple other settings are ready for direct connection to Strong VPN. All you have to do is put in your credentials and you are ready to go.

The Linksys E2000 has plenty of RAM and in fact it has enough to run the most powerfull version the so called DD-WRT Mega:

With an average 5/5 on the reviews it is fair to say that they have created a kick as custom router and with a price at just $139.95 it is a bargain. Want to know more about the router please check the product page at Sabai Technology

Update: Also check out the review of the linksys e3000 here